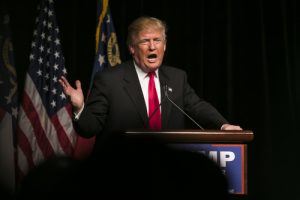 Myth: This will make the air dirtier.
Fact: The air would be dirtier than it would have been, but not dirtier than it is now. Under President Trump’s plan. The planned fuel mileage improvement would be blocked from 2021 through 2025. Fuel economy would continue to increase to roughly 37 miles per gallon in 2020, but it would stop there, well short of the currently planned 47 mpg in 2025.

Myth: Trump’s administration is targeting only fuel economy requirements.
Fact: No. The administration also wants to block California’s zero-emissions-vehicles mandate, a program that forces automakers to sell in the state cars that produce no greenhouse gas emissions. Companies that don’t sell such vehicles, or sell enough of them, can buy credits from other automakers that are exceeding the mandate.

Myth: Under the increases planned by the Obama administration, cars would average about 50 miles per gallon in 2025.
Fact: The previous estimates showed that Obama-era rules would require a fleet-wide average of about 50 miles per gallon in 2025. The DOT (Department of Transportation) estimated that the planned average for that year would be 46.8 mpg for cars and light trucks. And even that number would include many caveats, such as the banking of credits and the way vehicles are tested. As a result, the real average could fall well short of either estimate, even if the Trump administration doesn’t stop mileage increases after 2020.

Myth: Every automaker wants Trump to do this.
Fact: Some automakers will welcome the changes, but not all. Although a lobbying group for car companies sent Trump a letter shortly after his election asking that he take another look at future fuel mileage increases, several automakers, including Ford and Honda, have argued against the idea of freezing the increases outright, saying they simply want more flexibility in the fuel mileage program.