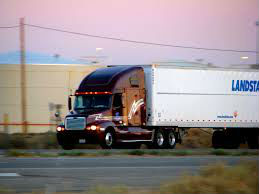 It’s well known within the trucking community that if you speed on Indiana highways, you will definitely get pulled over by a state trooper. For some reason, this seems in Indiana than other nearby states.

In fact, according to Steve Bryan, president of data-crunching firm Vigillo, allegedly he was told by an Indiana police commander the reason why the state is so strict on speeding. He reports the commander said something to the effect of ‘speeding kills and you should slow down.’ According to Bryan, the commander was very adamant on this point and argued he would never change this stance. Instead he said that truckers should change their behavior.

Nationally, police tend to focus more on equipment violations rather than speeding. Still, in the state of Indiana, more than 46,000 speeding violations have been issued to truck drivers in the last two years alone. This is twice the number of violations than any other state in the U.S. This data comes courtesy of the Motor Carrier Safety Administration.

When the data is looked at more closely it shows that the majority of the speeding citations were given to truck drivers entering northwest Indiana from Illinois. Also, a large number were from trucks running too fast on Indianapolis beltway interstate.

Gary Langston, president of the Indiana Motor Truck Association, is well aware of Indiana state trooper’s reputation. He thinks people should know by now to be on their best behavior when driving in the state. He agrees with the notion of targeting speeders rather than equipment violations.

Indiana troopers agree that there focus is on driver behavior. For them, this is the cause of accidents. Therefore, by tracking down speeders they are hopefully bit by bit changing the behavior. That’s their hope at least, to make the highways safer. According to the troopers, they aren’t intentionally pulling over more speeders than other states, it’s just how they’ve always done business.

Other Reasons for the Violations

Another reason for the inflated number of speeding violations also has something to do with the enormous amount of trucks that pass through Indiana. The Department of Revenue in Indiana reports that a million trucks go through the state every day. In fact, Indiana has more interstates than any other state so his assertion does make sense.

Finally, Indiana doesn’t just clock speeders from cop cars. They use helicopters and airplanes, along with laser technology to track down speeders. In short, the state of Indiana takes speeding really seriously.