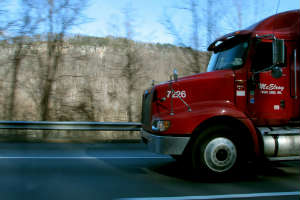 INDIANAPOLIS, IN – A slow-roll protest is happening on I-465 this Thursday morning! Multiple semi-truck drivers orchestrated the protest. What they’re upset about? The new mandate requiring truckers to use electronic logging devices (ELDs) to monitor their work in numerous ways. For one, it tracks how many hours they work and when they are required to take breaks. This limits the money they could be making.

This new mandate has been around for almost a year now. And soon, federal regulators plan to discuss additional rules about break times and how much time drivers can spend on the road. Some truck drivers are unhappy about the situation. But, many regulators and other members of the trucking industry see the ELDs as a positive thing. The technology helps with safety, as well as in fixing potential problems and making the industry more efficient.

Truckers Angry in the Industry

However, many do not feel the same way. Some truck drivers claim that the devices limit the hours they can drive, which reduces their pay and the money they could earn on trips. This especially is an issue when bad weather or traffic conditions cause a delivery to take a longer amount of time. Therefore, there has been tension ever since the introduction of the ELDs.

Now, the truckers are protesting. Those participating in the protest gathered around eight o’clock this morning at different meeting points in Indianapolis. Then, they started the protest at about 11 am. The plan was to protest for about two hours. And, the protest consists of the truckers traveling at forty-five miles per hour. They’ll loop the I-465 twice.

Organizers of the protests spent months planning it. Other slow-rolls took place throughout the country, which helped inspire the group. It is unclear what exactly will happen in terms of the new rules for truckers. Soon, the Federal Motor Carriers Safety Administration reviews the rules and make new decisions.

Amazon New Facilities in the Crossroads of America