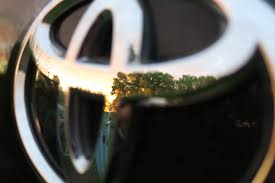 The Toyota Motor Corporation plans to invest in its Toyota Motor Manufacturing Indiana plant located in Princeton. The announcement follows an earlier one, expanding on original plans with more money and additional jobs.

Three years ago, the car manufacturer unveiled plans to grow the plant in an effort to modernize. Those updates directed production to focus on the popular Highlander mid-size SUV. Growing demand prompted Toyota to invest $400 million into the plant and add 400 jobs.

Now, their new plans add an additional $700 million and 150 jobs. The announcement follows the debut of the 2020 Highlander model, which took place at the Princeton plant.

The expanded investment allots for the installation of new equipment, retooling preexisting machines, and new technologies that help the plant meet demand for the new Highlander model.

The chief administration officer for Toyota Motor North America, Christopher Reynolds, said in a news release, “Our $1.3 billion investment at TMMI is further proof that our Hoosier workforce is rededicated to producing safer, high-quality vehicles our customers love to drive.”

In response to the company’s investment, the Indiana Economic Development Corporation conditionally granted $6 million in tax credits. So long as Toyota fills the proposed 550 jobs with Hoosier workers, they receive the tax credit.

Presently, Toyota Motor Manufacturing Indiana employs 7,000 Hoosiers. The International Economic Development Council the indirect impact of the company’s operations in the state led to 24,000 jobs created over the past two decades.

That’s something the company wants to continually foster. In addition to their plant investment, TMMI announced a $1 million commitment to developing a regional workforce program. It plans to forge connections between state high school students and their industry.

Career opportunities in advanced manufacturing further solidify the relationship between Toyota and Indiana residents that power its business in the midwest region.

Amazon New Facilities in the Crossroads of America